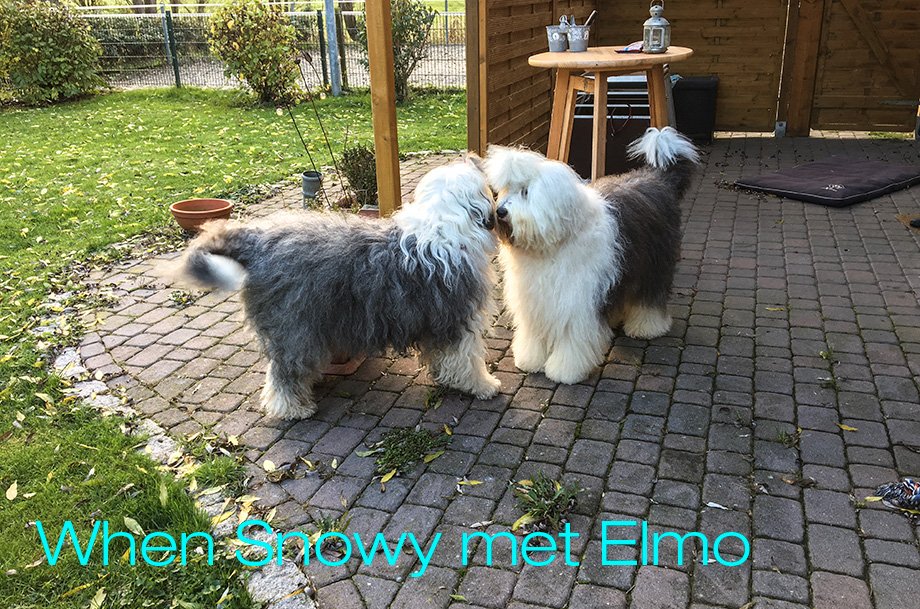 Saturday the 5th of November we drove to Wilhelmshaven in Germany with Snowy approaching high season.

On the way we stopped and had Snowy out at the rest area where we five years earlier also had Snowy’s mother, Toddi, out on the way to mating in Holland.

The selected one for Snowy is called Elmo (Int. Ch. Argovian Livin' On Love). A wonderful OES-dog, 3 years old.  He lives with Martina Arens Sande just outside Wilhelmshaven.

The two dogs greeted each other and played, but more were it not. It was still a little too early in the term.

When we got back Sunday afternoon, both dogs very eager, and with help from Heidi Müller we succeded the mating.

Already on Monday afternoon Snowy’s term for mating was over - and we could say goodbye and hope for puppies in early January.

We had rented a nice apartment inside Wilhelmshaven, where we could cook and where there was plenty of room for us all to relax between the visits to Elmo. We saw a bit of the area and the local shopping center where Snowy was allowed to come inside.

It was really nice to meet Heidi Müller again. Like us she has been in the OES world for almost 40 years. Heidi has no dog anymore, but still have contact with Birgit Rytter and Inge Laernos (a little OES nostalgia).

Tuesday we drove back home and got the pack together again. Tiffany had indeed been with Herdis and Yrsa in Herning and did very well in the show ring. Lene and family had taken good care of Maise and Alonso while we were abroad.

Now we are waiting anxiously to be able to scan in 4-5 weeks so we can see if the trip is successful in a litter of puppies in early January. 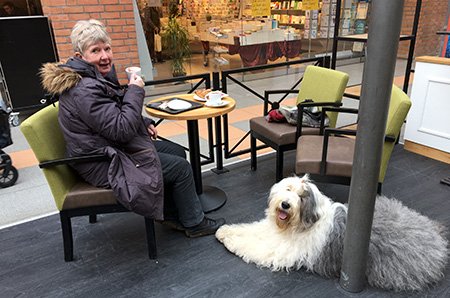 In Wilhelmshaven dogs were aloud inside the shopping center.

A small video clip of Snowy and Elmo. This was the last day, and it is obvious that the energi is not on the highest level - but they still like each other.

Right is Herdis who took Tiffany to a 2-days show in Herning the same weekend as we went to Germany - and did very well. 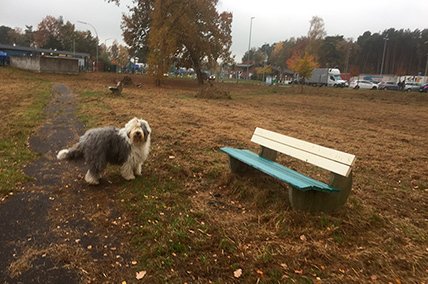 Snowy on the rest place in Germany where her mother was five years ago. 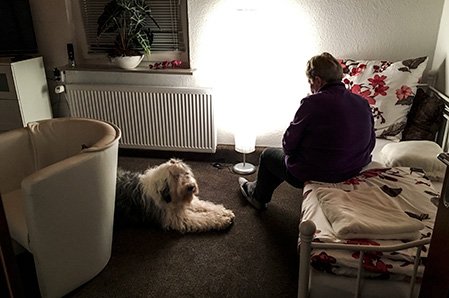 We rented a nice flat with lots of space for Snowy and us. 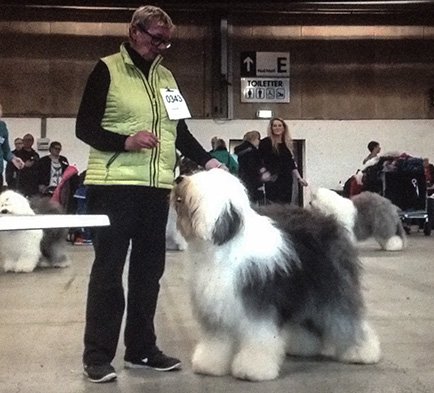